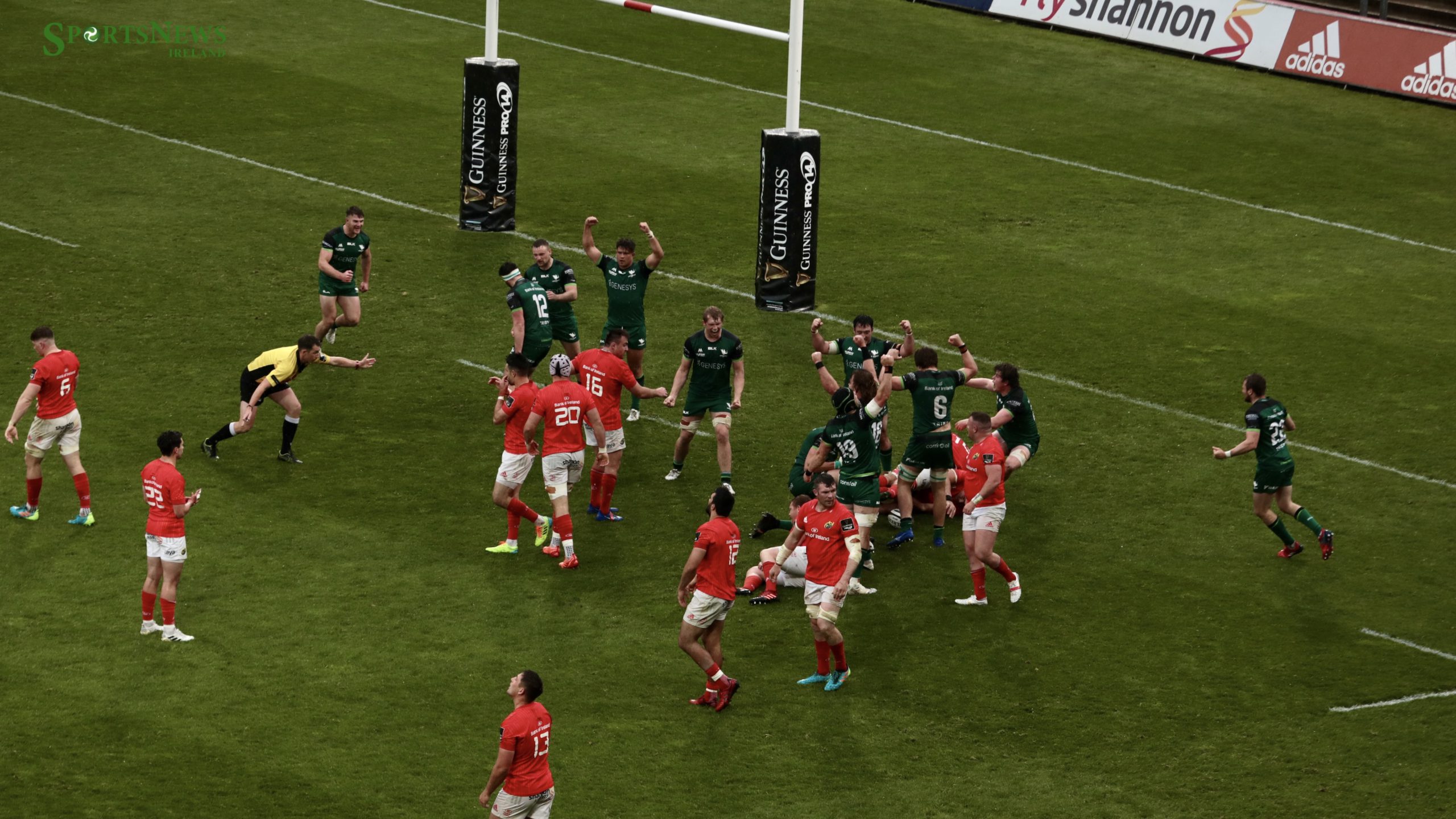 Andy Friend and his coaching team have opted for seven changes from the side that lined out against Edinburgh three weeks ago. Denis Buckley, Niall Murray, Jarrad Butler, Kieran Marmion, Oran McNulty, Tom Farrell and Tiernan O’Halloran all come into the starting 15.

Saturday will see Connacht and Leinster face-off for the first of three encounters in the space of four weeks, with the historic Heineken Champions Cup knockout games beginning in two weeks’ time.

“It’s been three weeks since our last game so we’ve had a long time to dwell on the Edinburgh performance and understand what happened, and we’ve had two good weeks of training under our belt since then.

There’s been no talk about the Champions Cup games because tomorrow is a massive fixture in its own right. Our backs are against the wall if we’re to reach the playoffs and with a massive crowd behind us I’m sure all 23 men will put in a performance I know they’re capable of.”

Only a handful of tickets remain available for tomorrow’s game at connachtrugby.ie/tickets, and we do not anticipate any tickets being available outside the ground.