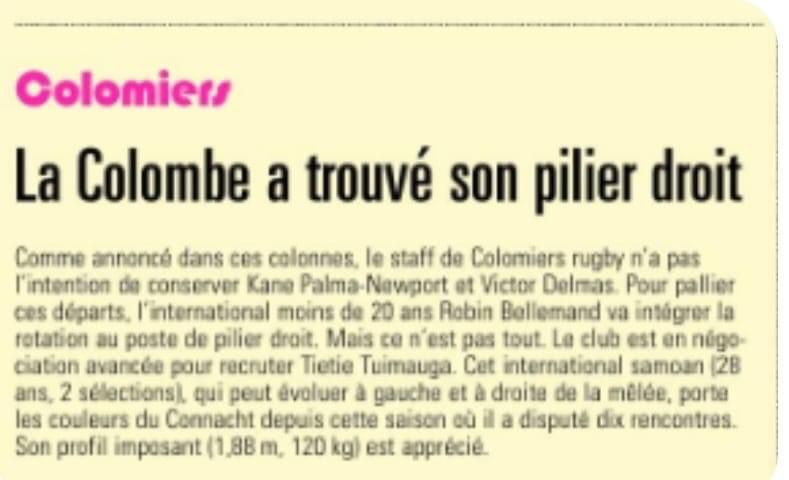 As announced in these columns, the staff of Colomiers rugby does not intend to keep Kane Palma-Newport and Victor Delmas. To compensate for these departures, the international under 20 Robin Bellemand will integrate the rotation to the post of right pillar. But that’s not all. The club is in advanced negotiations to recruit Tietie Tuimauga. This Samoan international (28 years old, 2 caps), who can play left and right of the scrum, has been playing for Connacht since this season when he played ten games. Its imposing profile (1.88 m, 120 kg) is appreciated. 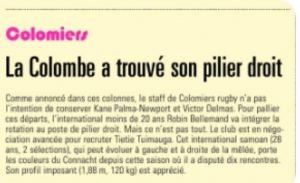