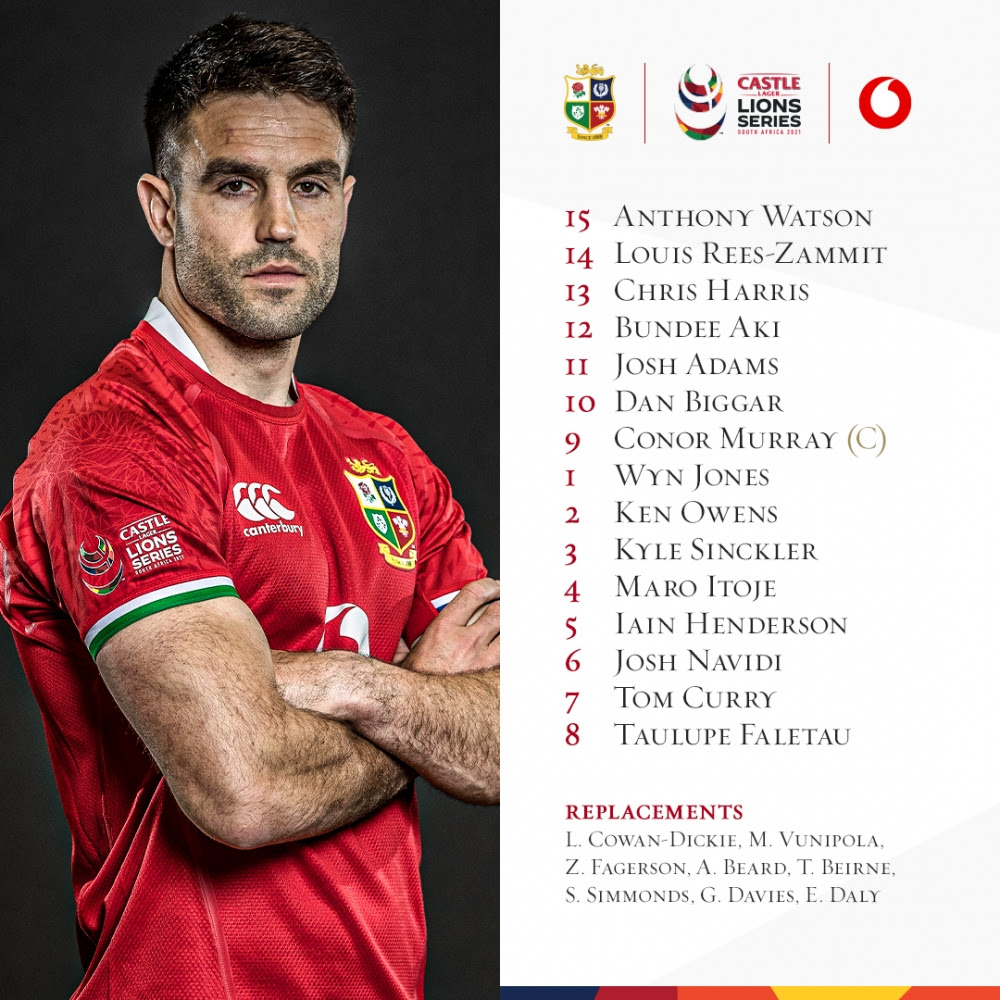 Conor Murray will captain the Lions team to play South Africa ‘A’ at Cape Town Stadium on Wednesday 14 July (kick off 7pm BST).

Watson shifts from right wing to fullback with Harris moving to 13 where he is joined in midfield by Bundee Aki (Connacht Rugby, Ireland). Biggar will again start at fly-half.

The game against South Africa ‘A’ will be shown live and exclusively on Sky Sports and is the fourth match in an eight-game Series culminating in the three Tests against World Champions, the Springboks.

“We’re pleased to have arrived in Cape Town as we near the halfway stage of the Series,” said Gatland.

“Wednesday’s game against South Africa ‘A’ will be our toughest encounter since we arrived here and we’re looking forward to it. We expect them to be physical in the contact area and look to test us at scrum time.”

“I think we’ve benefitted from playing at altitude in the first three games. While the boys have felt it in their lungs, they’ll be all the better for it now we’re at sea level.

“As we move towards the business end of the Tour, it’s pleasing to see so many players putting in some stand-out performances. As coaches we want the players to make Test selection as hard as possible and that’s we’re seeing.”