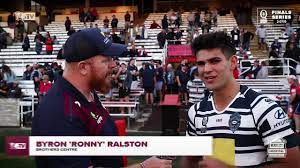 Connacht Rugby have signed Irish-qualified back Byron Ralston from the Western Force. He is due in Galway around July. His Family are from Letterkenny.

Ralston, a former Australia U20 International, has made 14 Super Rugby appearances for the Force scoring 5 tries. Prior to the Force’s move to Super Rugby he was also in brilliant form for the club in the National Rugby Championship, scoring 7 tries in 8 games as he helped them to win the 2019 Grand Final.

Ralston has played most of his rugby on the wing and at outside-centre. He was born in Darwin and then moved to Brisbane where he played High School and Club rugby, before coming through the ranks at the Force.

“Moving to Connacht Rugby and the West of Ireland is a brilliant opportunity for me. The style of rugby that they play will suit me down to the ground, and it gives me a chance to reconnect with my Irish roots. I’m obviously aware of the positive experience other Aussies have had after moving to Connacht, and so I will be doing all I can to make a similar impact and help the club achieve the level of success they are all working towards.”

“I’m delighted that Byron has chosen to further his career with us. He’s been playing as a winger for the Force, but also plays 13, so he’s yet another player we have who has great versatility. Given he’s only 21, he will get a great opportunity to grow his game here and be an important part of our setup.”