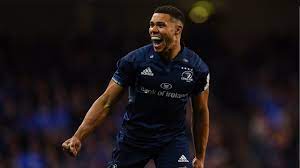 Irish international Adam Byrne has moved from Leinster to Connacht, he was Irish capped at both senior and U20 level, Byrne became Leinster’s youngest ever player when he came on as a replacement against Connacht in 2012. In total he has played 64 times for the province scoring 24 tries.

He made his international debut in the 2017 November Internationals, lining out on the wing for the victory over Argentina that month.

Adam Byrne says looking forward to the time ahead with his new club:

“I feel that the time is right to seek out a new challenge and I am hugely excited by the challenge that Andy Friend has set for me and I look forward to contributing to a new environment from next season.

Connacht is an ambitious club and I am also fortunate that I already have mates playing there and I look forward to linking up with them ahead of a new season.“

Head Coach Andy Friend says Byrne will add something different to their back three options:

“Everyone in Irish rugby knows of the quality Adam has as a footballer. He will complement the style of rugby we play here at Connacht, and his height and strong physical attributes will also offer us something different. Many players have taken their games to a new level after being given the platform here at the club and I know Adam has what it takes to do the same.”