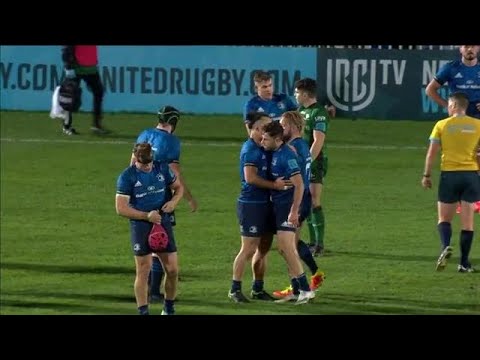 Connacht v Leinster in Heineken Cup Rugby –  10 facts to know ahead of Friday night’s Round of 16 first leg at The Sportsground.

It will be Connacht Rugby’s first in the knockout stage of Europe’s premier club rugby competition and their first in the tournament against Leinster Rugby.

Leinster have previously faced both Munster Rugby and Ulster Rugby twice, winning both their games against the latter, but winning one and losing one against the former.

The game kicks off at 20:00 UK and Irish time, and will be broadcast live on BT Sport and beIN SPORTS.

Connacht hooker Dave Heffernan: “It’s the reason you play the game as a kid – it’s those massive games you dream about playing in. We’re dying to play in front of a packed Sportsground this weekend and we know it’s a special occasion for them, so we want to reward their support with a massive performance.”

Leinster hooker James Tracy: “We’re under no illusion that we’re going into the lion’s den. Going down to Connacht is going to be a tough battle. But we’re going to have a great week’s prep and go firing into it.”