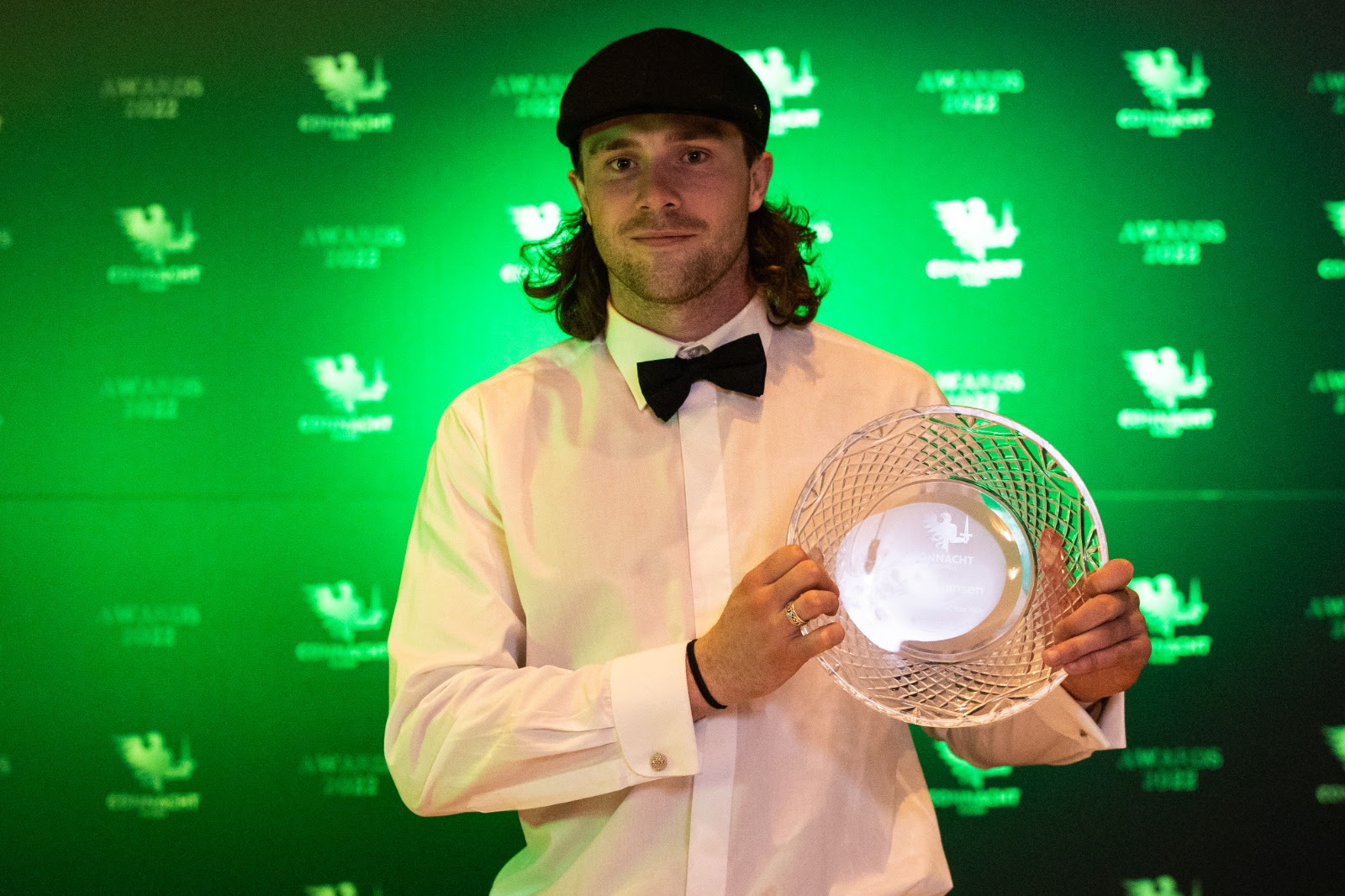 Mack Hansen and Catherine Martin were the big winners at last night’s Connacht Rugby Awards, with the pair named Men’s and Women’s Player of the Year for 2021/22.

The accolade is the latest in a string of achievements for Hansen who has enjoyed a whirlwind first season at the club. The back three player scored 7 tries in 14 appearances for the province, and also started in four of Ireland’s five Guinness Six Nations games, scoring a famous try against France in the process.

His performances meant he was duly voted the Men’s Player of the Year by his fellow teammates, with Cian Prendergast and Conor Oliver also nominated for the award.

The Women’s Player of the Year award went to Catherine Martin after her excellent appearances for Connacht in this season’s Vodafone Women’s Interprovincial Championship.

Meanwhile Cian Prendergast’s breakthrough season was deservedly acknowledged by the supporters, with the flanker named the Fans’ Player of the Year after a week of public voting on connachtrugby.ie.

Matthew Devine capped a brilliant season with the scrum-half named the Academy Player of the Year, largely thanks to his excellent performances for the Ireland U20s in their Grand Slam-winning Six Nations campaign.

There were also emotional scenes at the Clayton Hotel when the late, great Mick Grealish was posthumously awarded the Lifetime Contribution to Connacht Rugby Award, with his wife Maureen and family on hand to receive the accolade on his behalf.

The full list of winners and nominees is as follows (winners in italics):